Tell us a bit about yourself, where were you born, where do you live now (what took you there?), how did you become interested in photography?
Originally from India, I have lived in Bombay, Boston, New York, Cape Town and Zurich; and currently divide my time between Bombay and Zurich.  My love for photography began in the early 80s when my dad gifted me a red Olympus camera. I was down with chicken pox and was in home-quarantine, but I enthusiastically photographed everything in sight.  Since then, a camera has been my constant companion over the years.  But about a year and half ago, I had a turning point when I went on a photo tour to Masai Mara.  It was there in the vast open plains of Africa that I got bitten by the photography bug.  I love photography because it has helped me find my voice.  It has been a refuge for me during difficult times and a safe space to explore a multitude of emotions of motherhood, conflict, hope, love, isolation, and resilience.

Do you have a favourite quote/lyric/saying that especially resonates with you? And why?
The lens looks both ways.  It was Ansel Adams who said this.  But I heard it quoted by David Yarrow who I saw live at the Maddox gallery in London.  I love this quote because although the lens looks out to the world…it also looks within you.  The photos I take are a reflection of who I am. 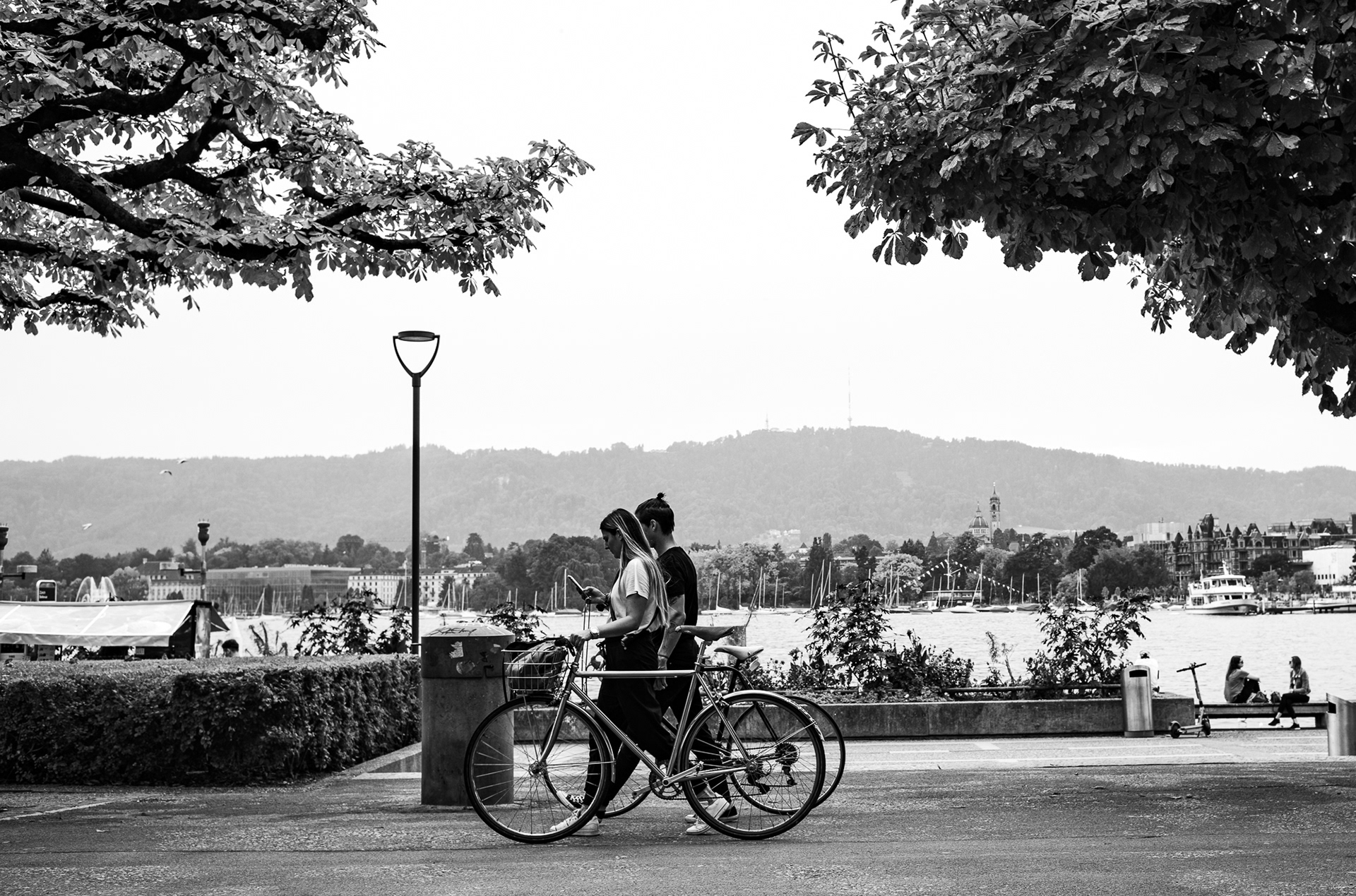 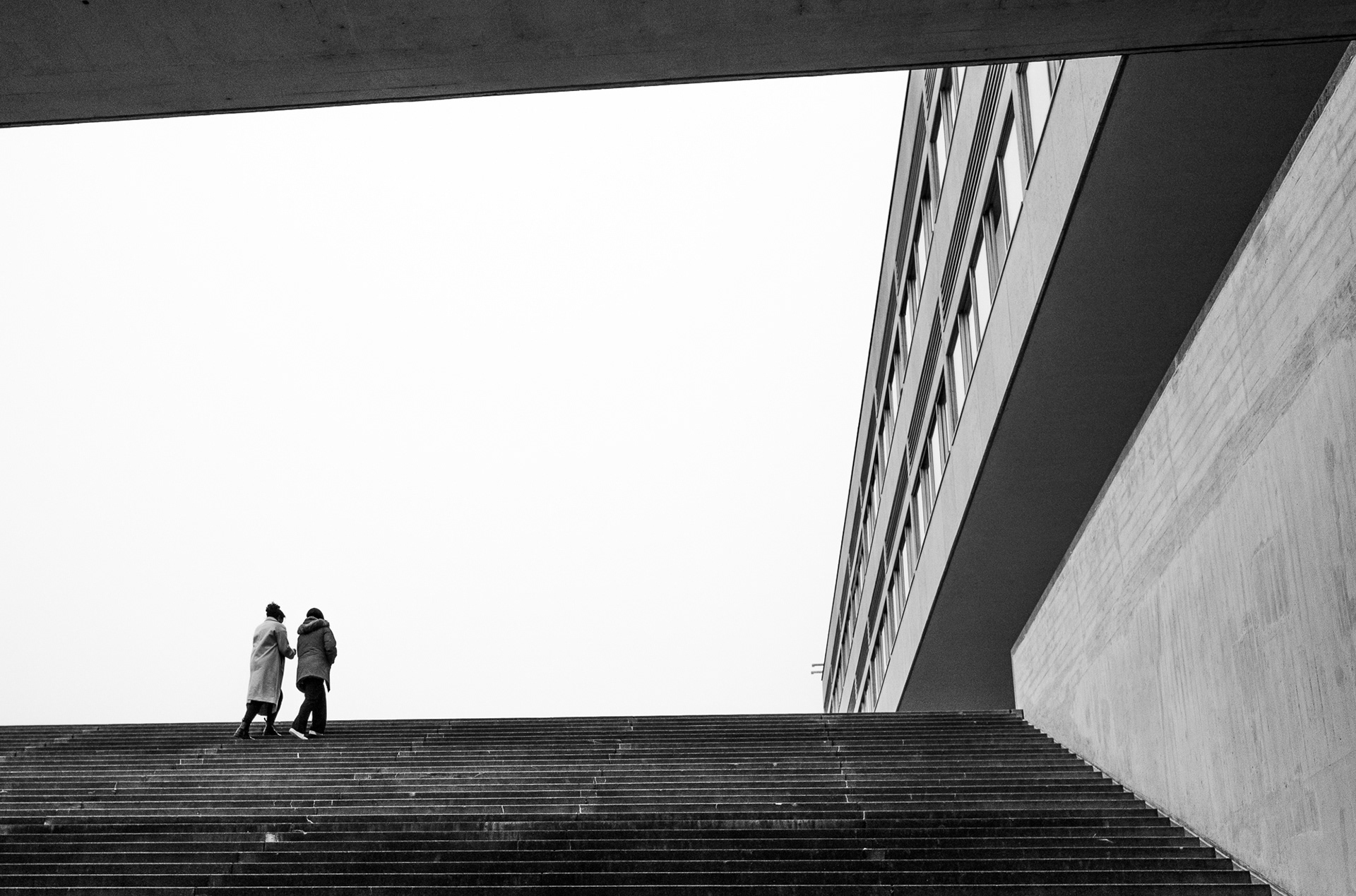 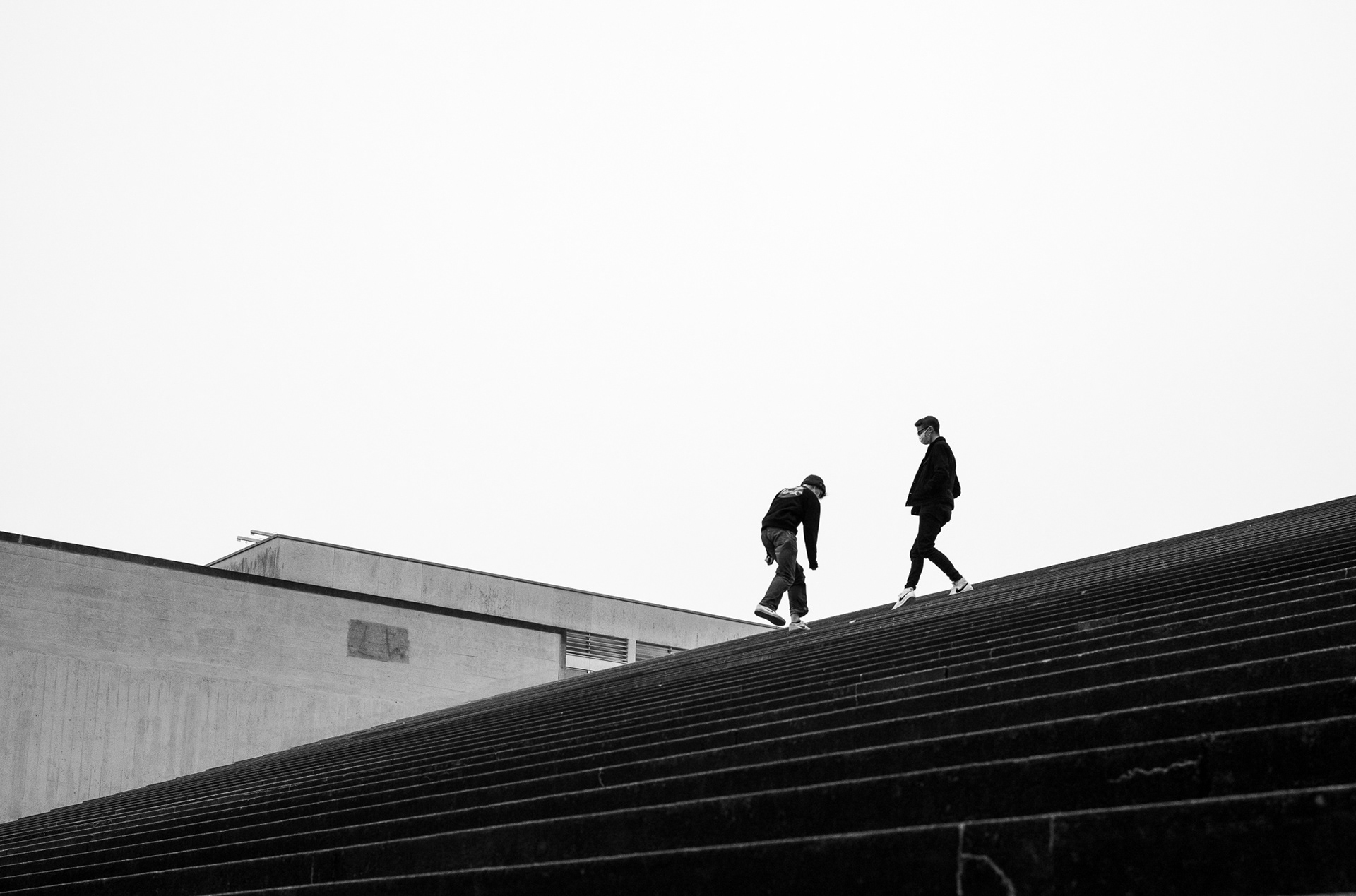 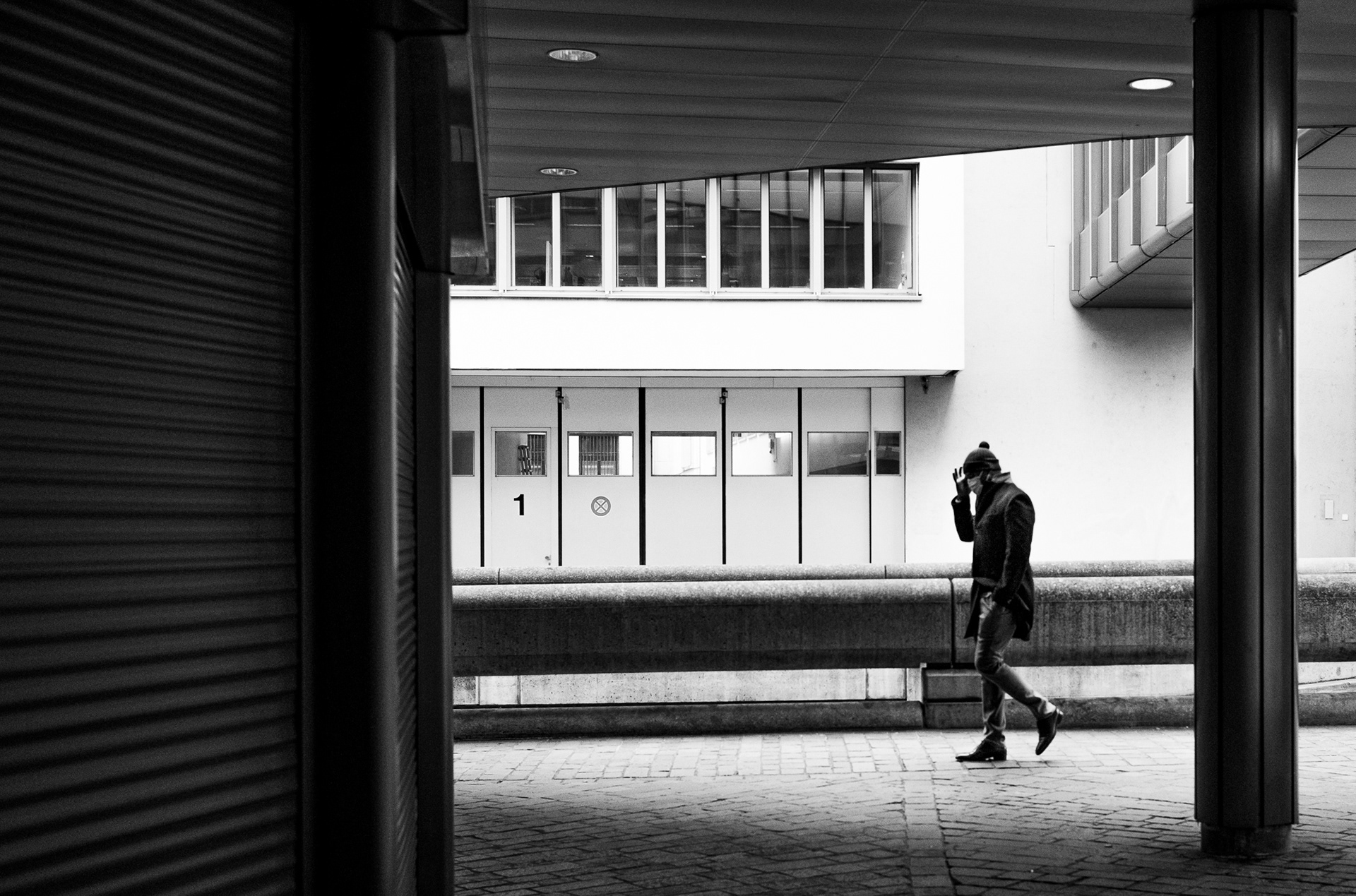 Where do you find your inspiration?
Apart from the inspiration I find online, I love looking at photo books…I have a small but growing collection of them.  I also love connecting with the photography community.  I get a lot of ideas from speaking with my peers and mentors.  I am also fascinated by the art world.  I love going to galleries and museums so that to me is a tremendous source of inspiration.  My other source of inspiration is closer to home, my mother and my two teenage daughters.  They are not only my biggest fans but also my toughest critics.  I learn a lot from their honest and un-filtered feedback.

Do you have a favourite place to shoot in?
I love being able to shoot in both India and Switzerland.  Both these contrasting worlds – one of chaos, the other of calm -- keep me motivated and inspired.​​​​​​​
Do you have any favourite artists/photographers? Who do you think has mostly influenced your style?
I started out loving Ansel Adam’s landscapes and Steve McCurry’s travel portraits.  Then David Yarrow for wildlife and now Vivian Maeir and Alex Webb amongst many others for street photography.  Two master Indian photographers whose work I look up to - Raghu Rai, who was a protégé of Henri Cartier Bresson.  And Dayanita Singh whose work is in the permanent collection of Tate in London and MoMa in NY.  Two master Swiss photographers whose work I absolutely admire are René Groebli and René Burri.  Apart from looking at master photographers, I also look at contemporary photographers for ideas and inspiration.  In the art world, I love the surrealism of Salvador Dali, realism of Edward Hopper and the pop art of Andy Warhol. 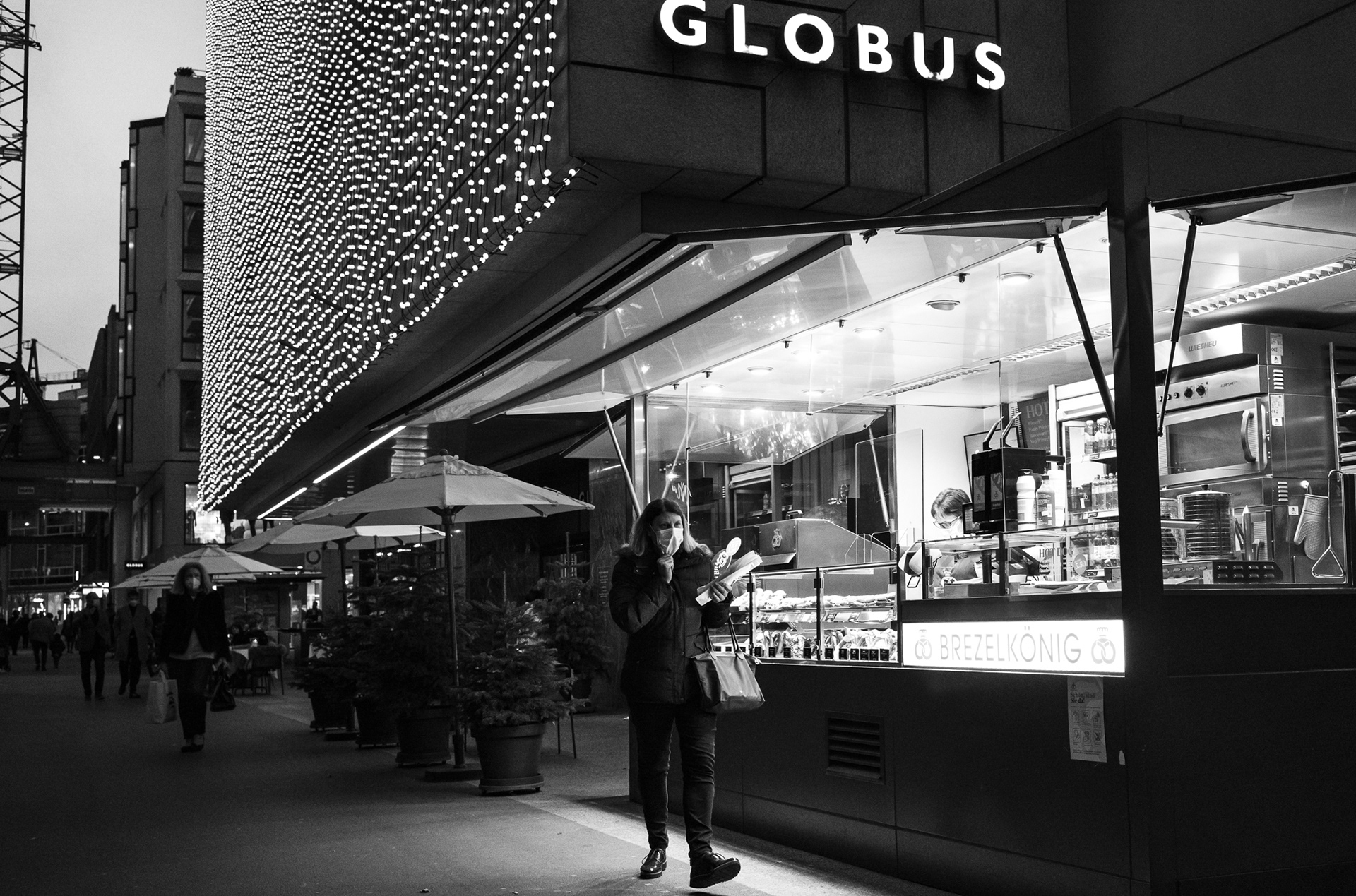 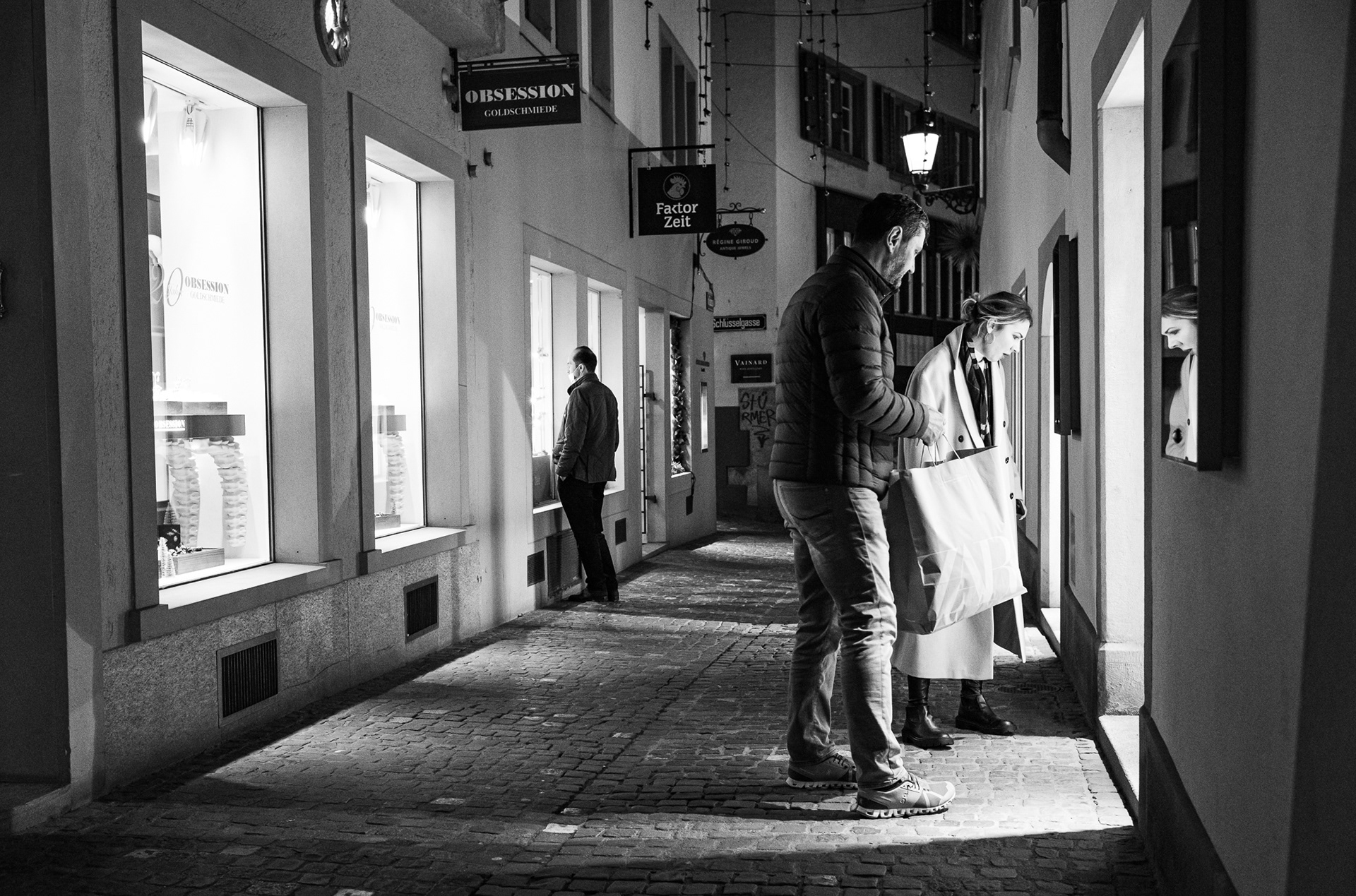 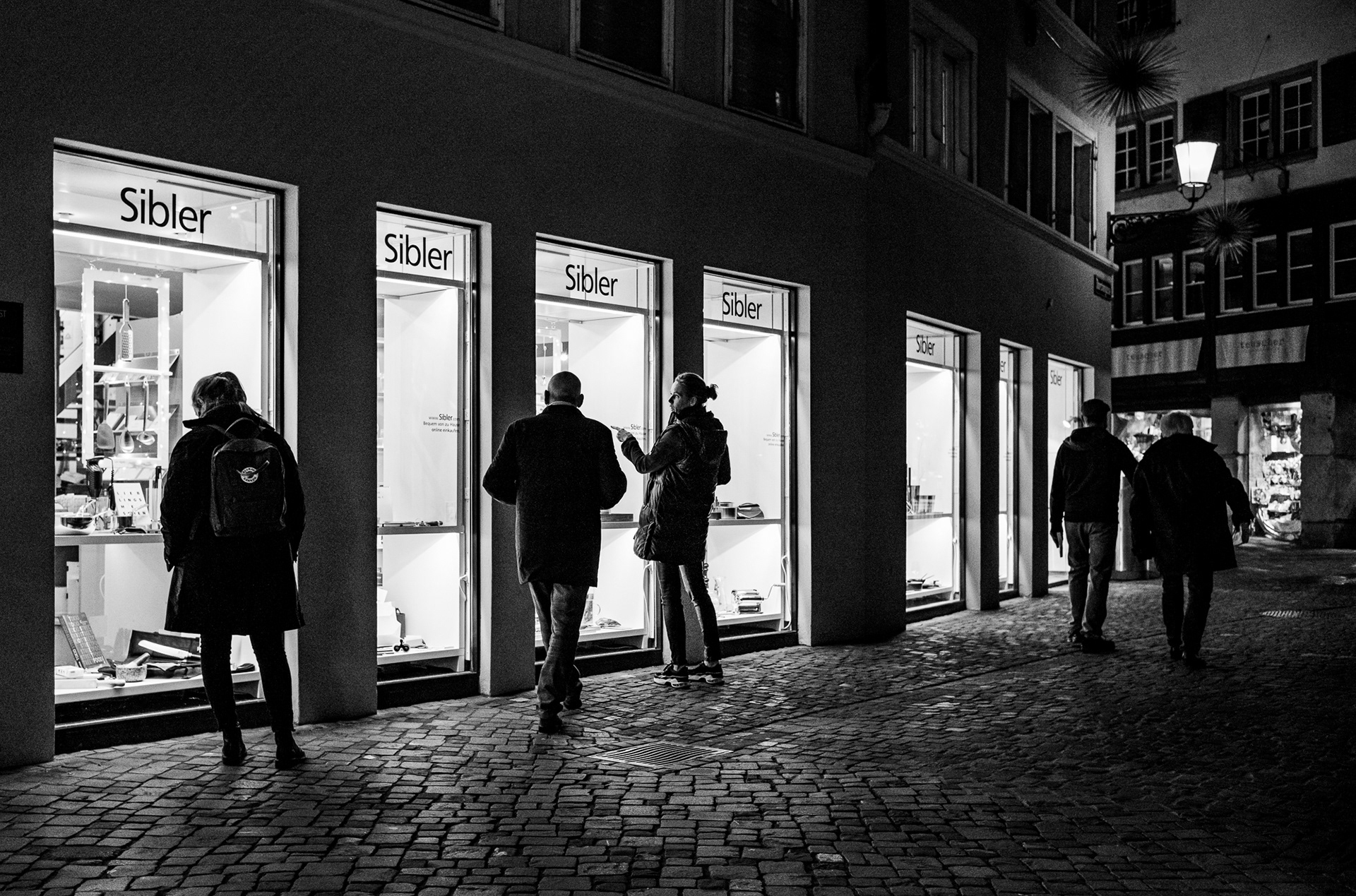 Does the equipment you use help you in achieving your vision in your photography? What camera do you use? Do you have a preferred lens/focal length?
Yes I strongly believe that equipment plays a big role in your overall photography experience.  I’ve always had an emotional connect with the Leica brand because my dad was a huge Leica fan and I came to acquire his last Leica camera.  More recently, I bought the M10R.  I use a 35 mm and 28 mm lens.  This rangefinder system has changed the way I photograph.  Being a completely manual system, it really forces me to slow down and shoot more mindfully, which I enjoy.  I also really like the sense of community amongst the Leica photographers.  All the Leica photographers I have connected with so far have been very friendly and supportive.
Have you ever been involved in the artistic world before photography?
I worked in advertising on Madison Ave, NY.  I was in client management side of things and was the point of communication between the client and the art directors and rest of the creative team for the accounts that I worked on.  I feel this has played a big role in developing my sense of aesthetic.

What happens when you walk the streets with your camera? Do people respond positively to you, or do you sometimes get negative reactions? If yes, how do you handle it?
When I’m out on the streets capturing candid moments, or even when I’m shooting environmental portraits, I sometimes come across people who do not want to be photographed.  In this case, I try to explain the purpose of what I’m doing and I respect their wishes.  But these negative reactions are seldom…I don’t take them personally and also don’t let it discourage me from photographing.
In general,  what do you want to express through your photography?
Through my street work, I hope to inspire people to see the extraordinary in all the ordinary moments that take place in our backyards.  And through my documentary work, I hope to spark conversations about topics that interest me.
Are there some elements you always try to include in your photographs?
I like the human element in my work.  Sometimes it is the silhouette of a person.  But more often than that, I like to get close to my subjects and try to capture their expressions and emotions.

When you go out on the streets, do you have a concept in mind of what you want to shoot, or do you let the images just "come to you", or is it both?
It is a combination of both.  I have a rough idea of the locations I want to shoot at based on a series or a story I’m working on.  But when at the location, I am spontaneous and let the images come to me.
What are some of your goals as an artist? Where do you see yourself or hope to see yourself in five years?
I hope to continually evolve as a photographer and to create work that is meaningful and touches others.  I would like to reach others through publications and exhibitions.  My dream is also to publish a photo book of my work over time.  I am also very fascinated by short documentaries that have a combination of still photography and film footage and am exploring the basics of film making.
Are there any special projects you are currently working on that you would like to let everyone know about?
I have an idea for a documentary project in Zurich which is still in the initial phase of conception.  I’m working under the guidance of a Swiss reportage photographer to develop that further.  I also have two documentary project ideas that I’m exploring with a Lisbon-London based photographer.
“When I am not out photographing, I (like to)…”
I love going to galleries and museums.  I love going to restaurants, cafes and bars.  I love spending time with family and friends.  I also enjoy connecting with other photographers.
You have a photo series on domestic workers in India, from which we have included a few photos here.  Could you tell us how you came up with that idea?
My domestic workers series titled ‘The Real Homemakers’ is an ongoing project which evolved from a desire to document the inner workings of households in urban India.  There are a lot of books, TV Series and Films about domestic help in the Edwardian Era in the UK and the Segregation Era in the US.  While this system has diminished in most countries over the century, it survives and thrives in India even today.  India’s affluent and middle class households are equipped with full-time staff and/or part-time help that keep the homes functioning like hotels.  They perform a range of services from childcare, cooking, serving, dishwashing, cleaning, laundry, driving, gardening and guarding.  They play such an integral role in the homes - they are in fact the real homemakers. 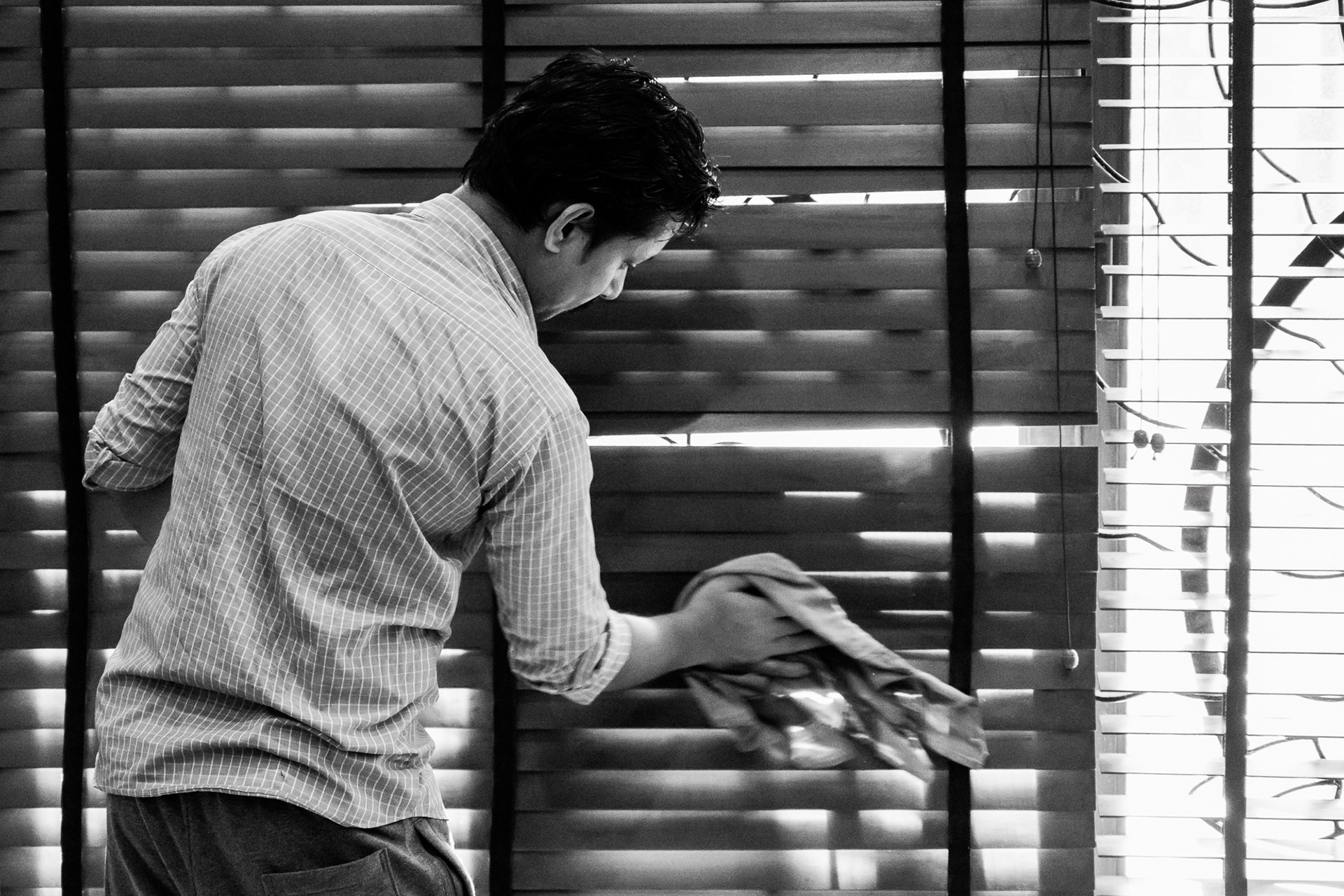 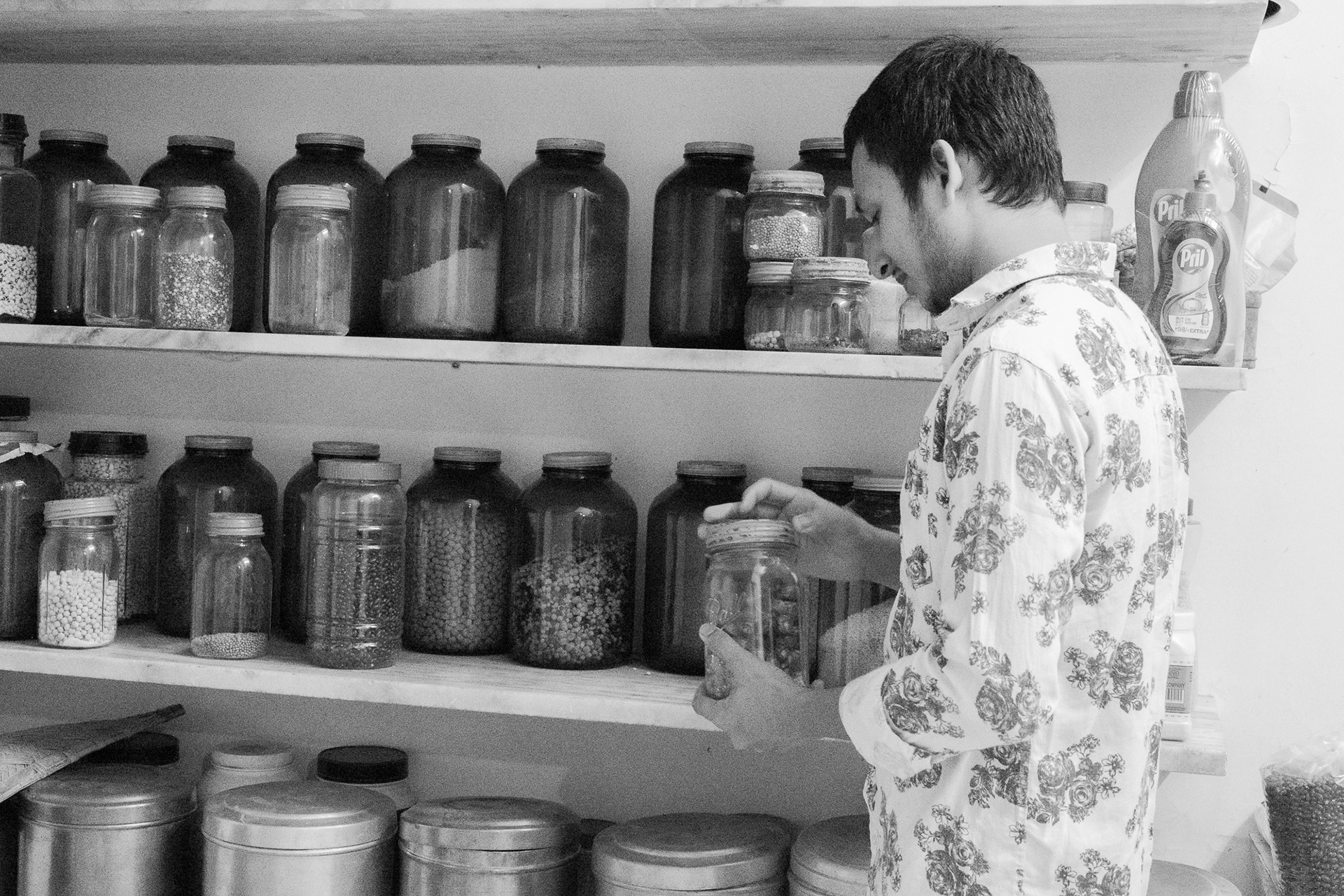 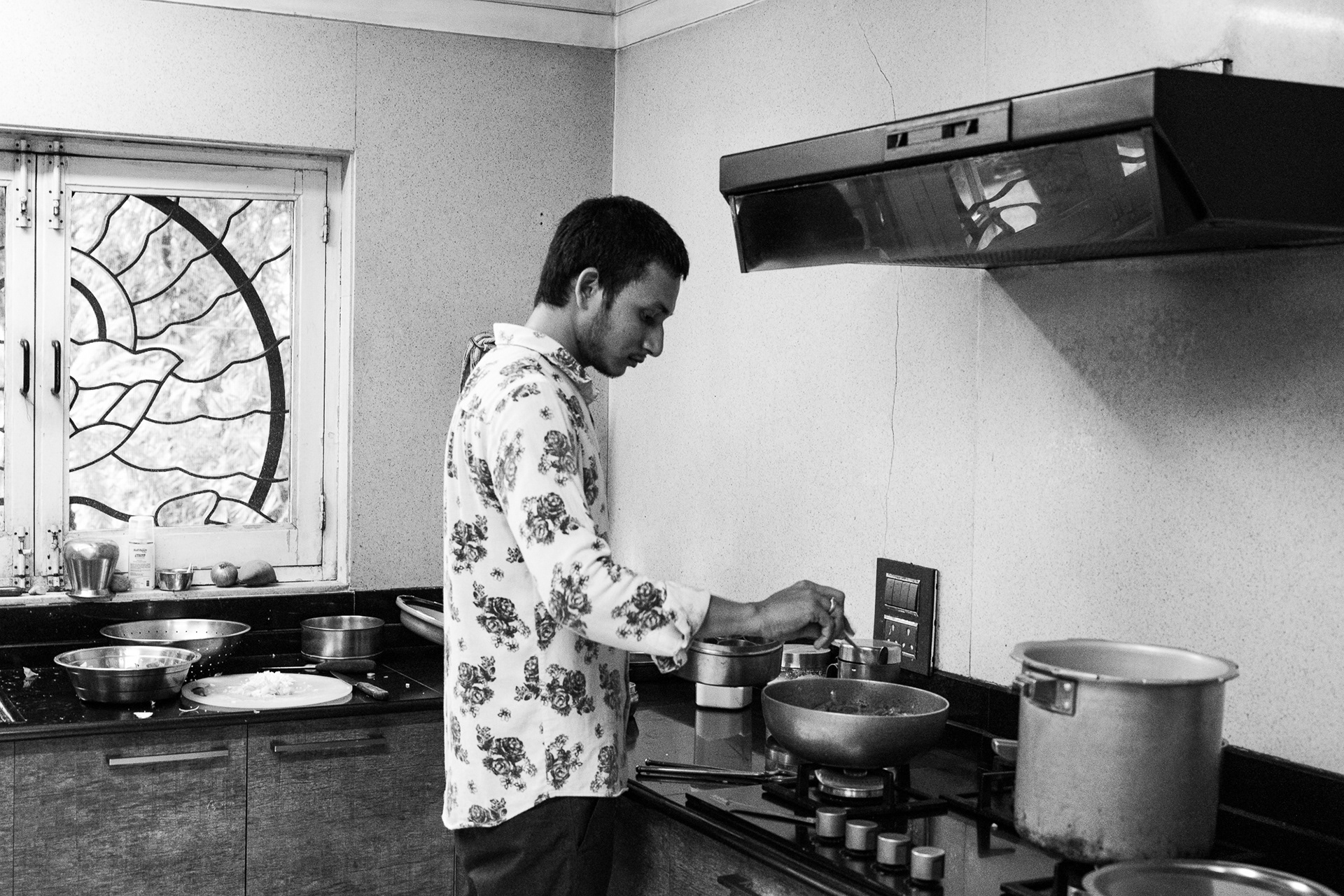 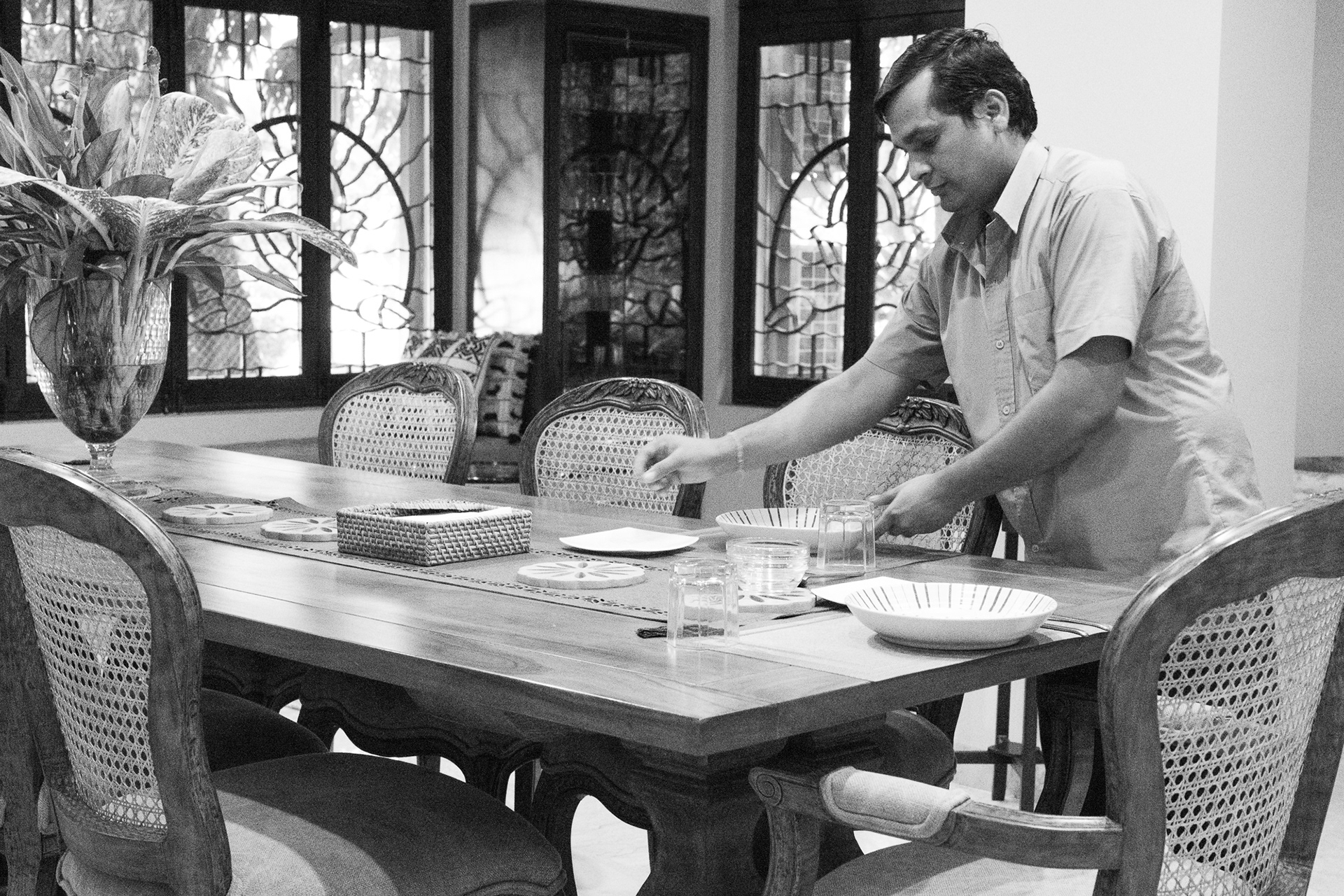 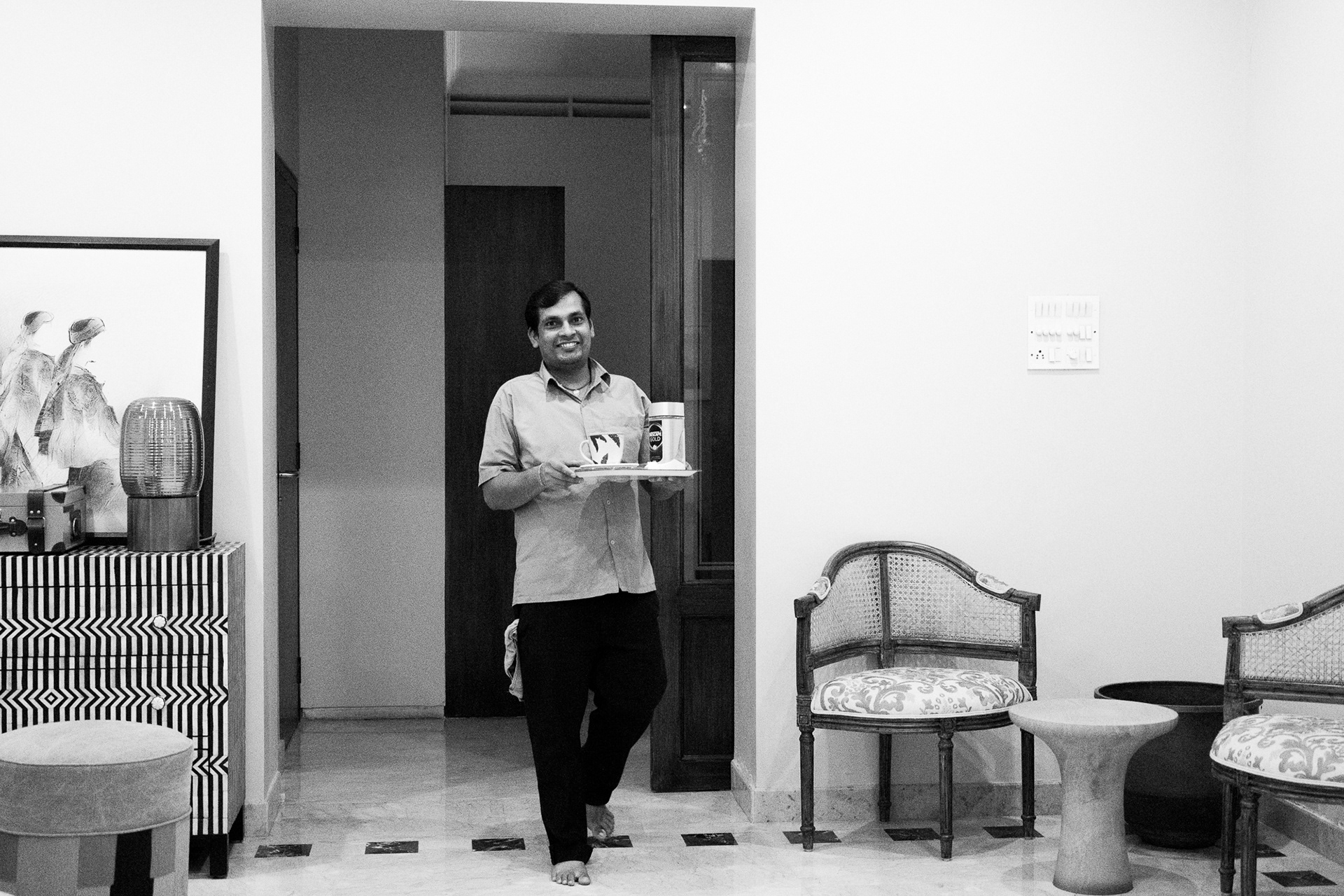 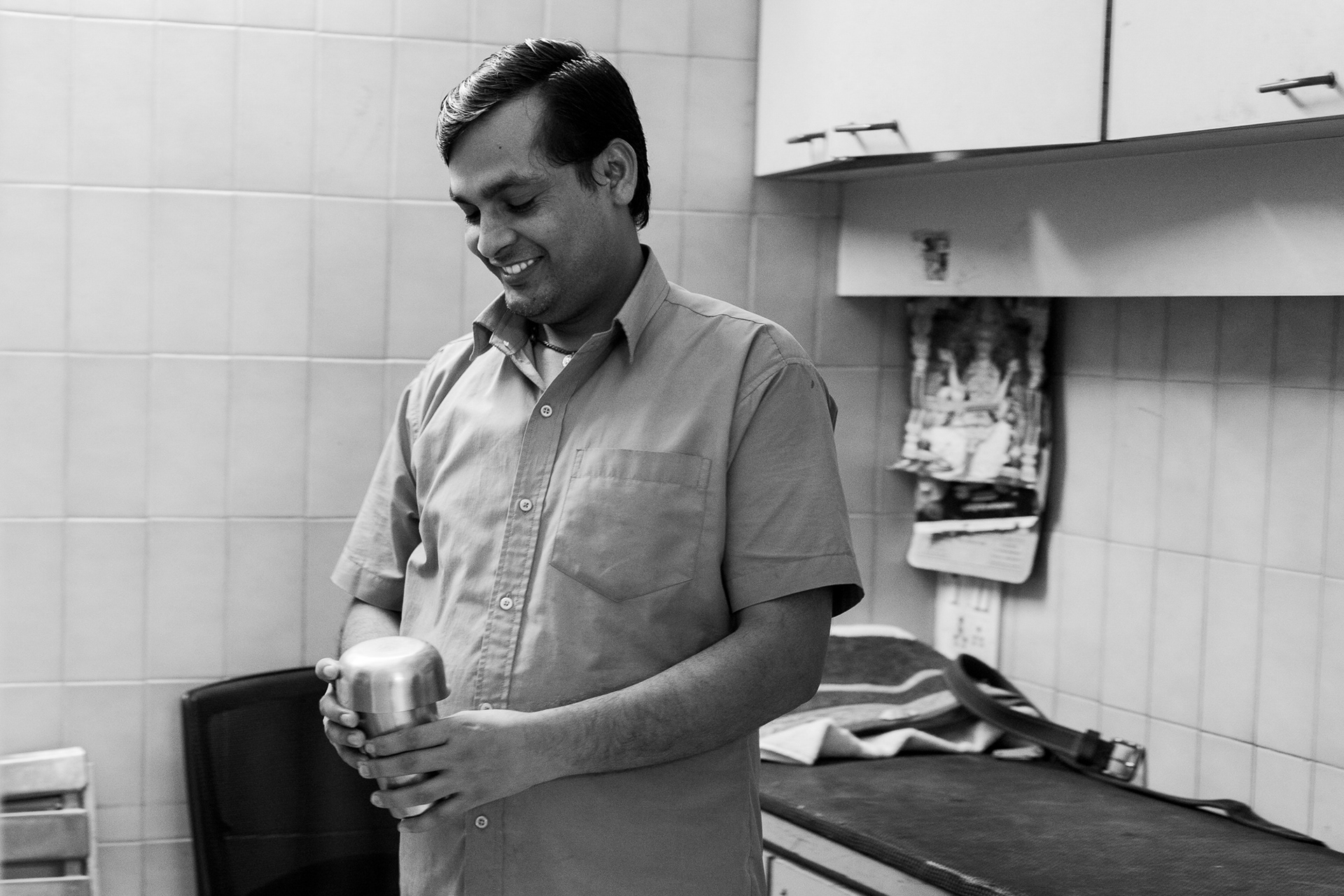